A recent requirement of an application I work on has been sending emails as a background task. I chose to use sidekiq for this, which introduced redis to the application as a dependency.

We were already using memcached as our data store for sessions, so running the application in development now became a matter of

That’s four commands to run and four terminal windows/tabs to keep open with output logs. I asked on IRC how I could manage this better, and a couple people recommended Foreman. Foreman is a utility for “managing Procfile based applications”.

After you’ve installed Foreman, you can describe one or more processes, like so:

You simply put the above (or similar) into a file named Procfile in the root of your rails application and bingo. Instead of running all of these commands, we can just run foreman start. It will run each command and merge the stdout/stdin into one glorious, colour coded log. 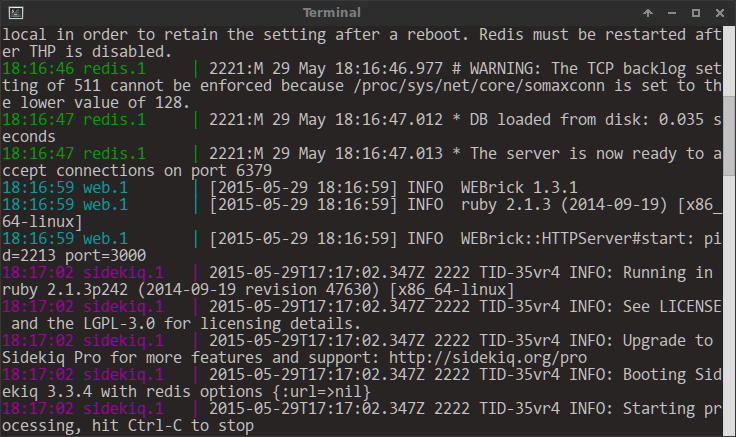 If you’re finding the process of starting your rails app’s various dependencies has become tiresome and haven’t tried something like Foreman, I recommend it.