If I don’t set myself up to win, I find it massively impacts how I perform in my day to day. You’ve probably noticed the same. It’s easier to eat a healthy lunch if you prepare and pack it the day before. Same with wearing a nice outfit to work. It’s easier to exercise if you do it before you sit down and get comfortable. I place dozens of these little dominoes throughout my day so when the critical moment comes… 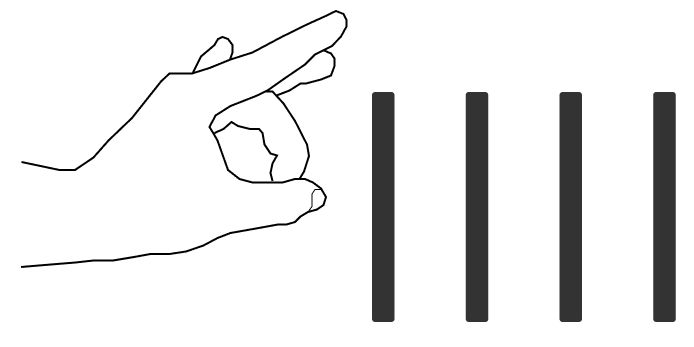 There’s no friction. You just go. I’ve been doing this for myself for years, but I’ve recently been trying to focus on thinking of ways I can set up those dominoes for others.

Here’s a scenario: A small company has decided that they want to integrate automated tests into their development process. However, that thing has a few attributes that make it harder:

If something is inconvenient to do and there are no immediate dire consequences (most of the time) to not doing it, it will likely be difficult to build a habit. It’s why a lot of companies are lax with testing or security practices, and it’s why you probably don’t floss enough. They’re different manifestations of the same problem. You build a desire path around it.

If you want to integrate new behaviours, you have to minimise resistance. If it’s a new step in the process, but you just plonk it in as optional, it might as well not be there.

I’ll go ahead and provide some more concrete examples.

It’s difficult to encourage people to act a certain way if the environment encourages them to behave counter to that ideal. Design the environment, and hopefully the behaviour will follow.